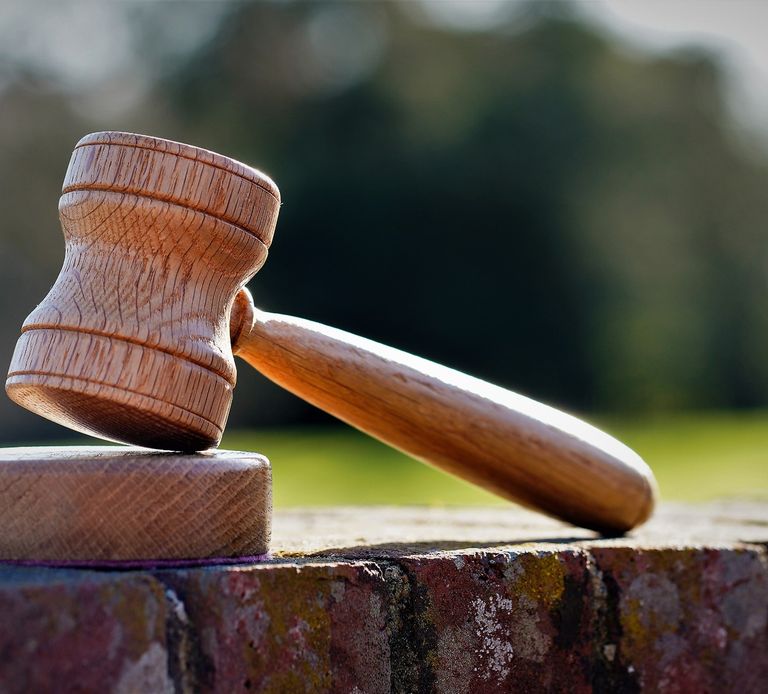 This miniature mallet is used to signal attention by striking it on its corresponding sounding block.  These items are often turned from hardwoods like walnut and oak as they need to withstand a lifetime of hard knocks!  Often wrongly associated with the courtroom perhaps influenced by US films, dramas and even cartoons, they are in fact something you would never find in a criminal court in England or Wales.

The gavel's origins can be found in medieval England linked to fines for rents owed that were not or could not be paid in monetary terms, instead making payment in kind such as livestock, land or produce referred to as 'gavel' or 'gavelkind' would satisfy the debt.  The judge presiding the 'land court' would strike a gavel to authorise the decision.  Over time, the gavel became a symbol of authority, and since adopted by the Masonic order and other courts where they are used to call meetings order, or punctuate announcements.

The gavel and block is an essential piece of Toastmaster paraphernalia - as important as our livery.  My treasured gavel travels with me on every assignment.  Made from oak, this lovely instrument has a particular sentimental value.  I inherited it from a Fellow of my Guild of Professional Toastmasters. Sadly he has passed away but what a first-class person and superb Toastmaster he was. I feel honoured to have known him and to have charge of his Master of Ceremonies hammer.